After slagging off the Australian Football League during a Billboard interview, Meat Loaf has issued an apology (and it’s not for his name). Deeming them as the ‘cheapest people I’ve ever seen in my life’ on the back of his out-of-tune performance at the AFL final, the singer says his comments were taken out of context.

Calling himself out as ‘inappropriate’ and ‘immature’, the rocker says he’s learned his lesson. In an effort to smooth over the damage, the (somewhat stale) rocker has gone on the record on social media that ‘I want to now make an apology for any angry or harsh words I have made towards the Australian Football League, their fans and the people of Australia’ 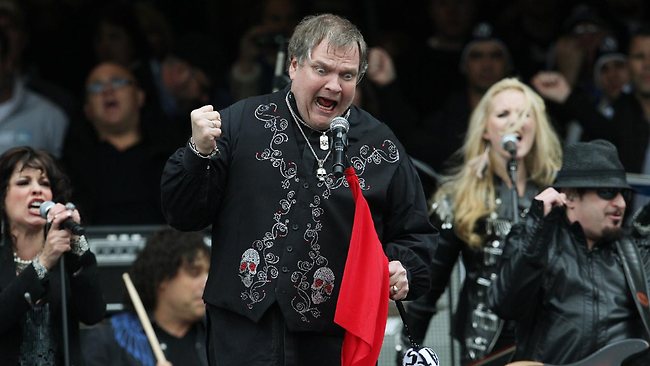 Responding to his foot-in-mouth mishap, Mr. Loaf went on to implore his Aussie fans to ‘put this matter behind us’ but so far, the AFL have yet to respond to his message. Get more meaty details here, and re-live the experience below.

Did you find apk for android? You can find new Free Android Games and apps.

Want create site? Find Free WordPress Themes and plugins.Nile Rodgers has recently hit the streets of London with his guitar and amp to croon to commuters. Disguised in a beanie and scarf, the famous funkster stayed under the recognition radar… END_OF_DOCUMENT_TOKEN_TO_BE_REPLACED

Want create site? Find Free WordPress Themes and plugins.A virtual recreation of the late Whitney Houston’s is due to tour the world in 2016. A joint venture between Hologram USA and Whitney’s sister, Pat Houston, this multimedia marvel will revive… END_OF_DOCUMENT_TOKEN_TO_BE_REPLACED

Want create site? Find Free WordPress Themes and plugins.It seems that Limp Bizkit’s love for Rage Against The Machine is not mutual. While covering the 1992 classic “Killing in the Name,” Limp Bizkit frontman Fred Durst told the audience, “When… END_OF_DOCUMENT_TOKEN_TO_BE_REPLACED